Received an early morning call from Bill regarding a Medivac to Hook Passage.
We picked up the QAS officers at the fuel wharf and departed APM at 0800.

With a flat sea we were over at Hook Passage in good time to rendezvous with a charter vessel where we took on board a tourist with abdominal pains.

We had to proceed at six knots for twenty minutes while the QAS officers attended to the patient before returning to APM at twenty five knots where we disembarked the passengers, refuelled and berthed VMR1 at 1015.

On Thursday afternoon as we were returning from boat training we received a call from Bill that there was a medivac required at South Molle Island.

We headed to the fuel dock where some of the trainees disembarked, then we had to wait for half an hour as the QAS were busy and they had to chase up their officer in charge who happened to be mowing the lawn!

Once Steve the paramedic from QAS was onboard, we finally departed APM at 1830.

At South Molle Island, after Steve made contact with the nurse, he and two of our crew took the body board ashore to attend to the patient. After some time they returned carrying the patient, having to carry her down the stairs and then we had to slide her across a gap of 800 mm on to VMR1.

Both Steve and I were disgusted at the infrastructure at the island and the difficult procedure that was required to rescue a person from that island.

We returned to APM unloaded the QAS and patient, refueled and were finished at 2130.

I would like to thank Steve and the crew for carrying out a difficult activation in an efficient and professional manner.

Bill rang at 1135 organising a crew to assist a non-member in a 4.7m vessel with engine problems.

We left APM at 1205 and established exactly where this vessel was located.

It was approx 10 nm NE of Pinnacle Point, the NE tip of Hook Island; therefore they were closer to Bait Reef than to Hook Island and in the main shipping channel.

We ensured that Hay Point VTS were fully aware of the situation and could inform other large vessels, like the container ship coming through, fortunately well away from us and our rescuee.

As they were drifting, we established radio contact after exiting Hook Passage to keep updated with their changing position.

The weather and seas were superb, but we still could not see them until we were within about 2 nm.  We had made good time reaching them at 1340 and quickly had them in tow using Tom’s Hook. 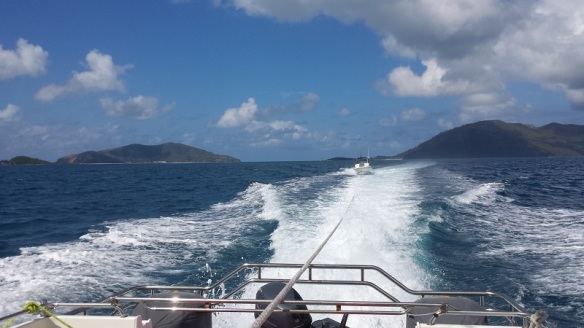 Travelling back at 4300 rpm and at just over 17 knots, we were using approx 135 litres of fuel per hour.

After completing all paper work, we dropped them off at the APM public jetty and we were back in our pen, after refuelling and signing off with Bill, at 1550.

Thanks to all involved.

Got the call from Fin at 0945 for a medivac from Hayman; a young lady with fainting spells. We would meet the paramedic on the fuel dock at 1030 so no mad panic.

All on board by 1025 with the checks done, on to the fuel dock and then on our way in perfect conditions. 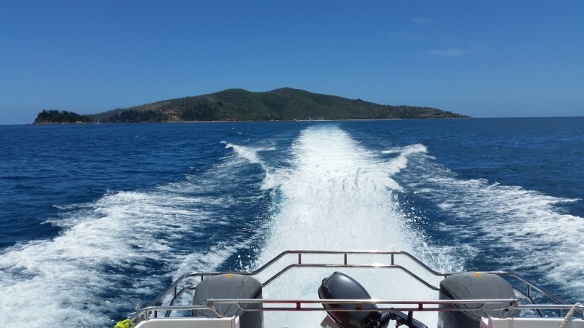 Jim took us to APM for 1245.  Again the conditions continued to be perfect.

We dropped the passengers and back to the pen for 1300.

Thanks to the good crew it was all too easy and a beautiful couple of hours on the water to boot. Thanks Fin.

Got the call at 0530 which woke the dog so everyone was awake.  A tinny was broken down just off Low Rock at the Southern, which became the Northern, entrance to Shute.

When I arrived at the boat Michel and John had done the checks but were looking at the Port engine which was making a clattering noise.  We couldn’t see an obvious problem so we departed APM at 0610, flat seas and a light Sou Westerly. 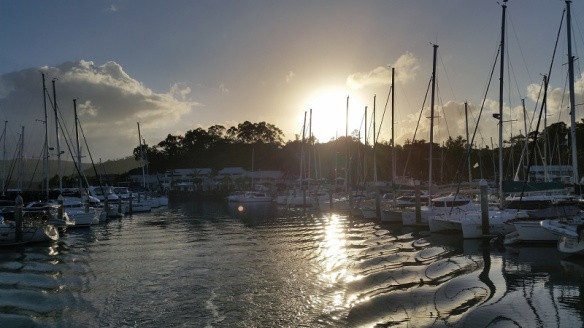 We arrived at the tinny, who had anchored, at 0635.  As it was so flat we tied alongside and headed into Shute.

The owners didn’t have cards or identity with them so we did the paperwork alongside the fishing pontoon whilst one of them ran to their car for cards.

Back in the pen we took the lid off the Port engine and had a closer look for the source of the noise, with no success.  We rang a few people (some of the contact details on the boat are incorrect) also without success.

Ray rang back with our mechanic’s number but he was getting on a ship in Sydney for a 2 week cruise.

I would not be happy going any distance to sea with VMR1 until someone with more knowledge of these engines than I has had a look and OK’d it.  So, unless we hear something to the contrary, we are out of business for the time being.

Editor’s Note:  The problem turned out to be damage to the gears in the gearbox, resulting in VMR1 being out of action until January 21.